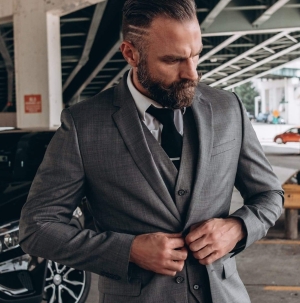 Tim is a Principal Security Consultant / Covert Entry Specialist with Dark Wolf Solutions, specializing in physical, social engineering, and Red Team security assessments. He is the founding member of the Lexington DEF CON group (DC859). He has been interviewed on the subject of “White hat hacking” for Microsoft’s “Roadtrip Nation” television series, was featured on IDG Enterprise’s CSO Online publication by Ryan Francis on social engineering, featured with Brent White on the popular series ProfilingEvil with Mike King, and was interviewed at Black Hat by HelpNetSecurity on security awareness and “Know Your Adversary”.

Tim has spoken and conducted training at numerous security and hacker conferences, including ISSA International, DEF CON, DerbyCon, NolaCon, various B-Sides, CircleCityCon, Techno Security Con, SaintCon, Appalachian Institute of Digital Evidence at Marshall University, Who’s Your Hacker, was keynote for the S&H Law – FBI/Hacker Panel, and more. By continuing to share these experiences, he hopes to further contribute to the InfoSec community and security awareness as a whole. 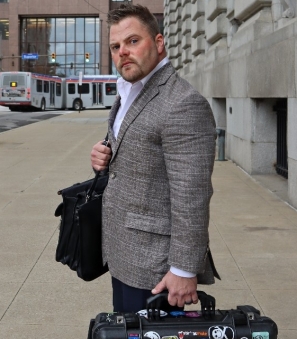 Brent is a Principal Security Consultant / Covert Entry Specialist with Dark Wolf Solutions, specializing in physical, social engineering, and Red Team security assessments. He is the founder of the Nashville DEF CON group (DC615), and was the Global Coordinator for the official DEF CON conference “Groups” program for years before retiring in 2022. He is a trusted adviser for the TN Dept of Safety and Homeland Security on the topic of physical and cyber security.

Brent has held the role of Web/Project Manager and IT Security Director for a global franchise company as well as Web Manager and information security positions for television personalities on The Travel Channel.